Tips for Getting Massive Book Sales 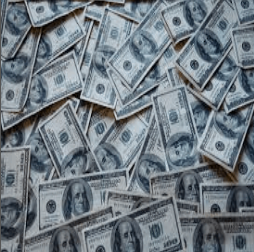 Tips for Getting Massive Book Sales

In 2011, Derek Doepker was a broke rock musician, working as a valet at a restaurant, and had to sell his keyboard to pay his rent.  Fast forward to today, he is now a 7 time bestselling author who has sold over 50,000 copies of his books. Derek learned a system for massive book sales that he shared in this month’s SkillBites Show.  To listen to the show, click here.

As Derek is the first to admit, he had no special talent or knack for marketing.  His first book sold 3 copies, one of which was to his mom. He learned from his failure and from others who were successful.  His second book skyrocketed to #1 bestseller on Amazon, making $6000 in its first 11 days. How did he do that?

Derek identified several keys to his success, which are elements of the system he created to be able to replicate that success.  First, it wasn’t enough just to write a great book. He promoted his book heavily so people knew about it. Second, even with powerful marketing, a book isn’t going to go very far unless there are people who want the information.  He made sure there was high demand for the topic of his book. Third, he didn’t skimp on the book cover, and chose a title and subtitle that would grab the reader. Books need to have an attractive cover and a title and subtitle that express who the book is for and why they should read it.  Fourth, he chose a narrow niche for his book. Books that fit a narrow niche tend to do better than books in broad categories. For example, a book on raising kids on a raw food diet will do better than one on raising kids to eat healthy. Fifth, he found other people with large networks of the target readership for his book to promote his book, which gave it much greater credibility and visibility.

●  Collect intelligence. Research what other books are out there on the market on the same subject.  Identify the ones that are selling the best and review their covers, titles, descriptions, etc. to get a sense as to why they are doing well.  Also, get on people’s mailing lists to get their emails. Which ones grab your attention? You should build an email list and then create email campaigns that incorporate the elements from others’ emails that attracted you.  Essentially, you should imitate what is working well for others.

●  Create your big idea.  One of Derek’s big ideas, for instance, was to develop a system that enables people to change bad habits in just 5 minutes per day.  Identify your unique spin; what do you do differently, or what do you offer that’s different from what else is out there?

●  Collaborate with others.  When you collaborate with influencers, websites that promote books, book reviewers, etc., your book will get in front of many more people and consequently do better.

Derek offered the SkillBites audience a free copy of his eBook, Why Authors Fail.  Go to his website, www.bestsellersecrets.com to download that.